viewing mobile site
Welcome to Adria Arjona Fan, your web source for the talented actress. We provide the latest news, information, and photos to keep you up-to-date on everything going on in Adria's career. You may know her from projects such as True Detective, Narcos, Emerald, Pacific Rim: Uprising, 6 Underground, and most recently Marvel's Morbius. Adria can also be seen being the face of Armani Beauty and a spokesmodel for Tiffany and Co. If you have any questions, comments, or concerns; don't hesitate to contact the webmistress. 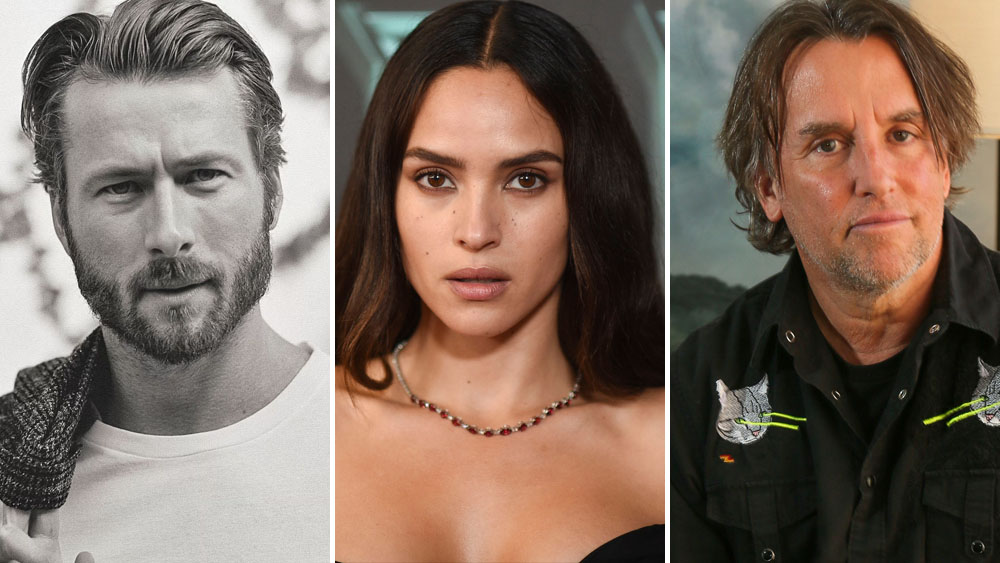 DEADLINE – Glen Powell (Top Gun: Maverick) and Adria Arjona (upcoming Father of the Bride) have signed on to star in the upcoming action-comedy Hitman, from Oscar-nominated director Richard Linklater (Boyhood). AGC International is launching international sales on the pic at Cannes and will co-rep domestic rights with CAA Media Finance and Cinetic.

The film written by Linklater and Powell is based on a true story chronicled in a Texas Monthly article by Skip Hollandsworth. It has Powell starring as the most sought-after, albeit least trustworthy hitman in Houston. If you pay him to rub out a cheating spouse or a sadistic boss, you’d better watch out: he works for the cops. When he breaks protocol to help a desperate woman (Arjona) trying to get away from an abusive boyfriend, he finds himself living the life of one of his false personas, falling for the woman and flirting with becoming a criminal himself.

Hitman follows Linklater’s casting of Powell in films including Fast Food Nation, Everybody Wants Some!! and Apollo 10½: A Space Age Childhood. The project is Powell’s first as a screenwriter to be produced. AGC Studios is financing the pic, which is heading into production in October. Linklater and Michael Blizzard are producing it for Detour Pictures, alongside Michael Costigan and Jason Bateman for Aggregate Films, and Powell for BarnStorm Productions.